Why Learn Spanish in Zurich?

Spain and Latin America are rich in film and theatre culture. The most famous contemporary filmmakers from Spain are Luis Buñuel and Pedro Almodóvar. Their productions have a great influence on Latin America, Europe and to some extent the United States.

Spain is also home to the largest theatre festival in the field of classical theatre, namely the Almagro Classical Theatre Festival.

In Latin American countries, Mexico plays the most important role, as many filmmakers from Central and South America first go to Mexico before making the leap to the USA or Spain. The best-known representatives of new Mexican cinema are Salma Hayek, Alejandro González Iñárritu and Gael García Bernal (photo left).

Spanish is spoken on five continents

You can learn Spanish with us in Zurich - you don't have to go to Spain or America!

Of course it is advisable to practice the language afterwards. And with the Spanish language you have enough possibilities.

Spanish is the second most native spoken language in the world and is spoken on five continents. Native Mandarin Chinese is the most widely spoken language.

Cultural sights in the Spanish-speaking world 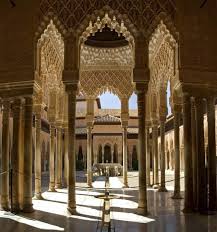 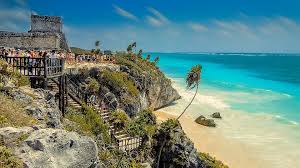 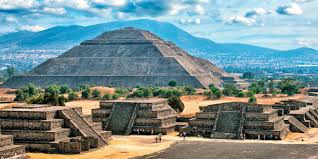 The new Spanish language skills can be used during holidays or traveling. For example, Spain has 48 and Mexico 35 UNESCO World Heritage Sites. And who is standing on beach holidays, might to explore the most beautiful beaches at the Caribbean coast of Mexico, Cuba, Panama or the Dominican republic.

-> Yes, I want to know more about the Spanish teacher and the courses!